The Power of Chance

The Power of Chance

My name is Jonathan Freedman. I will introduce myself below using an article I first posted on LinkedIn back in April, 2017 (keep that in mind as you read it). The fact that I started cycling (a few short years ago) was all about chance as you will see in the article below. Chance (or if you prefer fate) has surely always played a role in my life. I just never recognized its power. I never felt it deeply in my life. I wasn’t open to its life altering abilities. That you’re reading this through my new relationship with José Luis Conde (Co-Founder and Editor of elviajeroaccidental) is itself symbolic of the continuing power of chance.

I mention in the article below that I see cycling as a metaphor for life. That seed of an idea formed some time ago has since become much clearer to me and I think I have something meaningful to say about it.

I believe that the similarities between the qualities you need to live a graceful life are exactly the same as what you learn and develop while cycling. Qualities such as perseverance, commitment, ability to suffer without complaint just to pick a few as example. This to me is an inspiring insight and I’ve begun to write a series of articles about those qualities using my own story as illustration. I hope my words inspire you, touch you, motivate you or simply bring a smile to your face. I hope that the talk of cycling brings back wonderful memories of long rides, full of pleasant suffering while enjoying the sunshine and the beautiful scenery.

But first let’s talk about the power of chance, where it all started for me.

Reproduced in full from LinkedIn April, 2017

I would like to share a life experience that has been transformational for me over the last few years. Starting with this article I will bare my soul and share my story with you in a series. Whether you know me well or not at all, I will confide in you that my actions in this story are completely out of character with how I lived my life before.

In this experience, to my everlasting benefit I let chance and opportunity dictate my next moves. It changed me from introvert to extravert, from couch potato to Category 5 bike racer (in my early forties – see it’s never too late). My mindset, my body, my character, my self confidence, my motivation all radically transformed. Along the way so many have encouraged me in so many different ways. So I give you my story; not for self aggrandizement but to inspire and to motivate. For selfish reasons too, for my own continuing benefit, to remind myself of who I am, now, so that I stay on this new path with it’s yet unknown destination. Surely, none of this would have happened had I taken a haircut on a different day or even one hour earlier.

If this article entertains you, amuses you, inspires you, motivates you or teaches you about Gino Bartali’s story it’s all done to honor his memory. Thank you for your attention and I hope my writing skills make my story an easy read.

Here goes, chance at the barbershop

An Opportunity To Give Back. from Studio 7 Productions on Vimeo.

It was November 10, 2014 in the afternoon. A day that would change my life (as clear as this is to me as I write this, I obviously had no inkling then). I walked into my regular barbershop in Times Square. Its proprietor Salvatore Macri an Italian from the old country is my long time barber and friend. Well, perhaps friend is not the right word to use, as he is a bit older and also quite a bit wiser. I’ll call him Uncle Sal because of my affection for him and his on point advice to me, always delivered without any regard for my feelings. Which is exactly how an “Uncle” should behave.

This day in one of those moments of chance in life Joe Perella, Chairman of Perella Weinberg is there at the same time. As he’s cutting my hair, Sal whispers to me that Joe is making a documentary movie about Italians who saved Jews in the Holocaust. I sit up and immediately tell Sal, please introduce me, I must learn more. You see, I’m a grandchild of Holocaust survivors each with their own miraculous tale and despite my knowledge of Holocaust history I realize I know nothing about what took place in Italy. Sal makes the introduction and Joe proceeds to share with me the details of this documentary called My Italian Secret.

I quickly learn the story of Gino Bartali, two time Tour de France champion cyclist who along with other remarkable heroes in this movie risked their lives during this terrible time. I soon had a chance to privately watch the documentary prior to it’s public release. Needless to say I was emotionally moved by the heroism and the quiet humility of these seemingly ordinary people. But the romance of Bartali’s story really grabbed me. The most public sports figure in the world risked his life to save Jews during this terrible time. So humble was Bartali that he didn’t let his story be told until after his death.

It was around this time that I had been invited to join a charity cycling ride called Bike4Chai which raises money (close to $7 million in 2016) for children with cancer and other severe illness. I was familiar with the ride as my wife had joined the prior year. Not only was I not tempted, the exertion and the effort of a 180 mile two day bike ride all seemed over the top and silly. I simply could not fathom why someone would subject themselves to this kind of suffering. SUFFERING. You will hear a lot more about that word in this story…I promise you that.

As I continued to learn more about Bartali’s story and spring arrived an idea crystallized in my head. I would accept the invitation to join the charity ride and dedicate my ride to honor Bartali.

In the next article(s) my story will continue as I bring you forward to an upcoming ride I’ve been planning in Italy (more below in a moment). I will share with you how I trained, how I adopted new mental attitudes and how I conquered my fears to descend hills at speeds above 50mph. I will tell you how I used role models as inspiration. I will attempt to explain why endurance sports are an excellent metaphor for life. But on the day this story starts, you can easily believe me when I tell you I simply and absolutely could not have imagined in my wildest dreams anything like this. All from the power of being in the right place at the right time.

This coming May, 2017 I will join Israel Cycling Academy in Italy as we ride from the Bartali museum just outside Florence to the historical city of Assisi tracing the route Bartali rode while he smuggled false documents in his bike. This honorary ride of 120 miles will be an emotional one and full of symbolism. It will have Israel’s first pro cycling team (which for 2017 is racing at the pro continental level, including some races with Peter Sagan – in case you were wondering), carrying the torch of everlasting gratitude for the heroic actions of Bartali. We will meet the Bartali family and thank them in person. We will also be VIP guests of the Giro d’ Italia as they honor Bartali during Stage 11 for the upcoming and historical 100th running of the famous Giro stage race.

I feel like a kid counting the days; pinch me am I dreaming?

If you’ve enjoyed this short article, please drop me a note. If you’re in NYC and want to ride with me, don’t be shy.

As I write this today (October, 2017) I reflect on this original article above and I would like to at least give you a glimpse of how the ride went. We did go to the Giro as a VIP guest for Stage 11 honoring Gino Bartali and I had the most incredible time there. Separately we did our ride from Florence to Assisi as described above (article inbicycling.com, Retracing the Route of Gino Bartali, Tour de France Champ and Holocaust Hero). It would be fair to say that my legs are not now and will never be pro level but I hung on as long as I could and then

With the Bartali family

jumped in the team car.

The ride from Florence to Assisi, first from left

Perhaps it was the stress of travel or the excitement of the experience but I couldn’t get my heart rate to settle down as you can see in this Strava link.

Since our ride and related to the story their have been some incredible developments as it’s recently been announced that in 2018 the Giro d’ Italia will start in Israel.

As I read now what I wrote then I see that there is much missing that would explain to you how I went from not cycling all to cycling in Italy with a pro team albeit in an honorary ride. I see that the story jumped forward and left out important details. So I will have to circle back another time and fill in the gaps. For now let’s leave it somewhat mysterious but I can tell you that it was all a series of chance happenings, one following the other.

To conclude, the point I want to emphasize is the following. Be receptive to chance. Don’t ignore its power. Don’t fear it, embrace it!

Links related to this article:

This article is available in Spanish at elviajeroaccidental: La fuerza de una casualidad

Road to valor, by Aili and Andres McConnon

More about Gino Bartali at elviajeroaccidental.com

Author’s note: “I have received no compensation (financial or otherwise) for this article, I have no material connection with the brands, products or services that I have mentioned in it and my opinion is independent.” 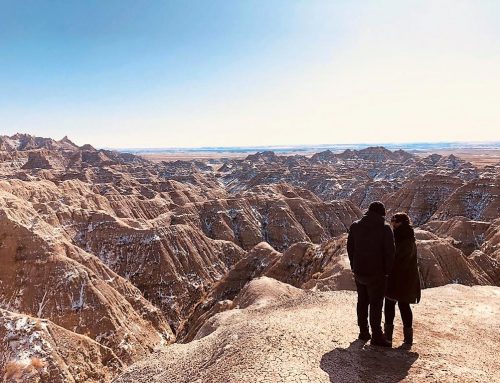 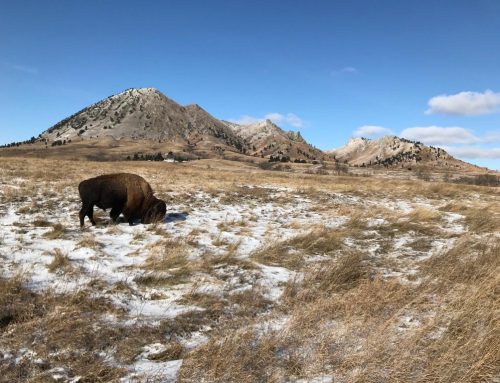 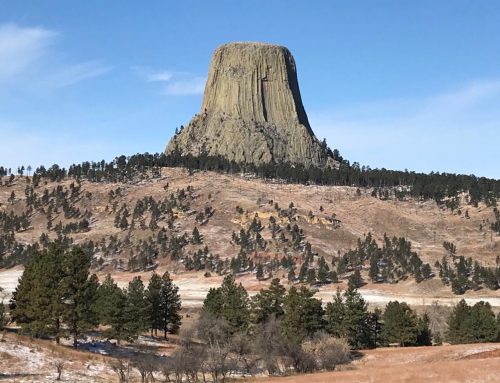 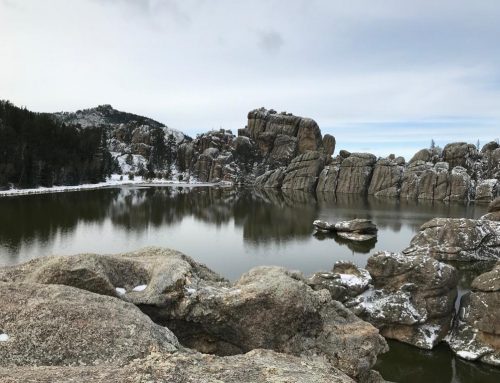 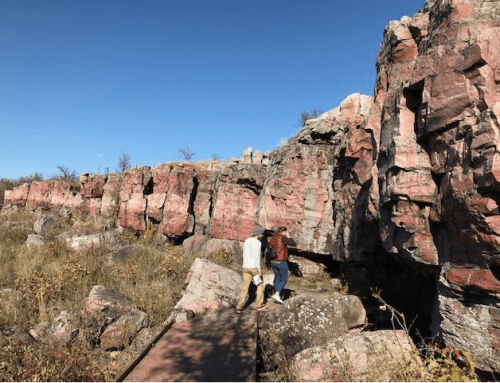 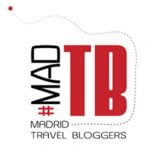 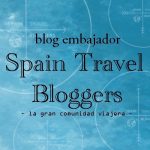 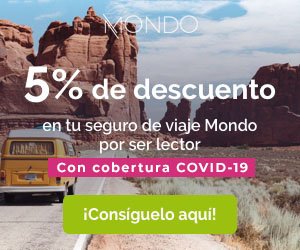 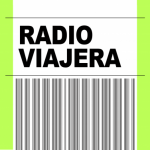